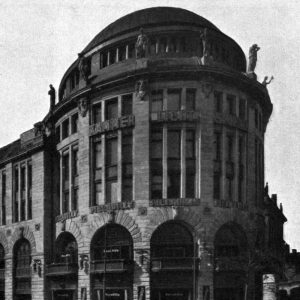 Berlin was a witness to the turbulent birth of Germany’s first real attempt at democracy: The Weimar Republic. Berlin in the 1920s was a crazy mixture of idealist-revolutionaries; cocaine fueled ambiguous sexuality, wild parties, and cabaret. As the city reeled from one economic or political catastrophe to another, dark ominous storms gathered on the horizon, with political groups bent of destroying the very democracy that allowed them to thrive.

Caught in the middle, Berlin seemed to thrive: becoming cutting edge of art, architecture, music and self-expression. Our thought provoking tour through the decade known as the Golden Twenties is full of rich characters, gangsters, swingers and writers. Discover the art and literature that would shape a generation and that the Nazis eventually destroyed as degenerate. Much of this art survives today, with more being re-discovered every day. We’ll bring the 1920s to life and show you an era lost to the excesses of the Nazis; a decade of decadence that brought us the Berlin of Metropolis, Cabaret, Marlene Dietrich and the Bauhaus.

While each guide does each tour differently, there are standard sites that are generally always included in look at Berlin in the Weimar period. The itinerary can always be changed based on your own preferences, so please always discuss these things prior to your tour with your guide. The order in which the sites are shown are also always different based on the starting point which you have agreed upon with your guide.

On a standard Weimar Berlin tour, you can expect to hear about the following: