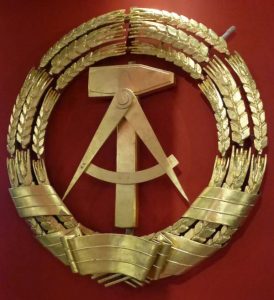 The peace that many hoped would follow the end of WW2 in 1945 proved to be shortlived. Instead the world entered a new era of conflict between superpowers with Berlin – divided and occupied – yet again centre-stage.

A frontier city of spies, guard towers and conspiritorial intrigue, divided by borders both physical and mental, it was here, more so than in Moscow or Washington DC, that the two 20th century superpowers regularly engaged each other in ways that would reverberate throughout the globe. No city can claim to have been as significant during the Cold War period as Berlin. From the occupation and division of the city in 1945, through the Berlin Airlift to the construction of the Berlin Wall and the ‘peaceful revolution’ in 1989 that would lead to the reunification of Germany one year later.

As the milestones of the Cold War are still visible in traces scattered across Berlin, comprehending this period and the realities of divided Berlin offers the visitor a chance to better understand what reunified Germany means today.

On a standard Cold War tour, you can expect to see the following: