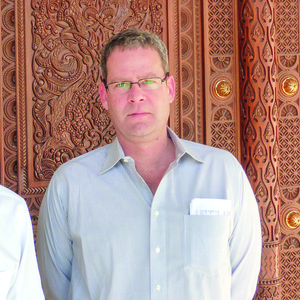 Nick is from London and graduated in Archaeology at University College London in 1989 and excavated widely in the Near East for a decade.

After a research post at Cambridge University, Berlin has been his home for over 20 years.  His favourite tour themes include, Berlin of WWI and the 20’s, Berlin the capital of WWII, Berlin and the fall 1945, Berlin east and west then and now, Berlin architecture and Off the beaten track Berlin.

A Ricks Steves recommended Berlin guide – Nick has divided his time between book research, Berlin touring, Nazi bunkers, travel journalism, lecturing on WWII Europe and the archaeology of the Eastern Mediterranean and some TV documentaries.

Nick was a guest lecturer at Stanford in Berlin on Holocaust tourism and University College London on the ancient history of Syria, is a long term member of the Berliner Unterwelten eV documenting and researching Berlin’s underground history.

His other areas of expertise are touring the collections of the Pergamon Museum and New Museum, Nick can add the context and texture that brings these to life.