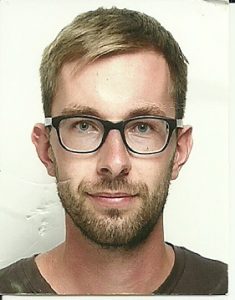 I was born in Berlin the year before the wall fell and thus had the fortune and privilege to grow up in a city that was growing up itself. Both my parents grew up in East Germany: My dad became a teacher, until refusal to join the communist party ended his career, whilst my mom worked as a tour guide for tourists from the Soviet Union. In a way, I am following in her footsteps, although our tours would be incredibly different. For instance, my mom failed her first test tour, when she didn’t refer to the wall by its official East German term ‘antifascist democratic protection barrier.’

On my tours I am always happy to share more personal family stories and what it was like growing up in such an exciting and ever-changing city. I have been giving tours in English and German since 2008 and hundreds of positive Tripadvisor reviews prove that I love what I do. I have a Bachelor’s degree in English and History from the University of Potsdam and a Master’s degree in European Studies from the Viadrina Frankfurt/Oder. When I’m not guiding, I work as a journalist in one of Berlin’s biggest radio stations – Berliner Rundfunk 91.4. I have also lived in New York and in Brussels, where I worked at the Goethe-Institut and the European Parliament, respectively. I speak fluent English with hardly any accent.

I am looking forward to showing you around this amazing city – on and off the beaten track – and to sharing its fascinating anecdotes, stories and secrets!  I am also a big fan of Potsdam, and always happy to take people there as well!