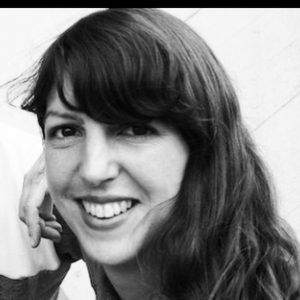 I’m a Londoner originally and came to Berlin for a year as part of my B.A in History of Art & Architecture. I followed this with an M.A at the Courtauld Institute,  focussing on German cultural politics 1871-1945. After graduating, I went on to work in radio news at the BBC. The pull of Berlin was, however, too great and I returned here a few years later.

For the past ten years, I’ve been giving tours of my favourite city, teaching architectural history, and doing some journalism work, which has included co-presenting a radio show about the city.

I also lead tours of Germany, Austria, and Switzerland for Rick Steves Europe.

I love Berlin and introducing visitors to its incredible history. I specialise in the history of the Cold War and East Germany, Potsdam and Prussia. Additionally, having been immersed in the country’s cultural heritage during my studies, my knowledge of German 19th and 20th century art & architecture is pretty comprehensive, too. I also speak fluent German, albeit, I’m told, with a mild London accent.