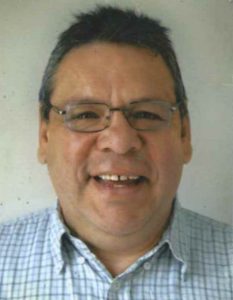 Hi, my name is Jerry Strasburger and I have been in Berlin since 2000. I grew up in California and was educated in private and public schools in Orange County.

I trained to do bus tours back in 2004 to get ready for the 2006 World Cup, during which I guided sports journalists throughout Berlin with a FIFA ID. We were able to visit many places and get free entry to the soccer matches, including, of course, the game between my beloved native Costa Rica and Germany.

In 2007, I started to work as a self-employed guide and have been doing so ever since. I spent two years studying Berlin’s history, as well as translating and shadowing other guides on their walking and bus tours. That’s when I came up with the idea to offer all-in-one city bike tours. These include the city’s history, the Berlin Wall, the Third Reich, and much more. I also take my guests outside Berlin to Potsdam and Sachsenhausen, a Nazi concentration camp located nearby.

I am a native English-Spanish speaking guide and have experience with tours in both English and Spanish. I speak German as well, and have given tours with German explanations to German students learning English.

Besides tours in Berlin, I have experience offering guided tours in Costa Rica – both in cities like San Jose, and also in and around the volcanoes, jungles, and beaches there. I’ve also led groups across Central America, including the famous Darien Gap, which is more than 200 kilometers of walking between Panama and Columbia. Once in Colombia, I’ve gone on extreme hikes with my guests, and showed them the local forests, beaches, and the city of Cartagena.

I like to do my Berlin city tours on a bike to be able to cover more sites in a shorter period, to make sure that my visitors get the most for their money. But if you would prefer to go at a faster place with a car or at a slower pace by foot, I’m happy to accommodate you.

Please check out my websites for more information: iloveberlinbiketours.com and costaricareisen.de.