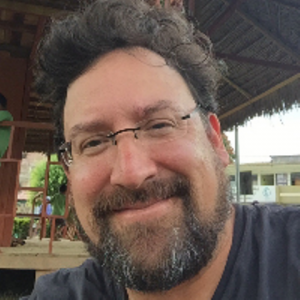 My name is Boris, and while I feel I have found my calling as a tour guide, holistically connecting the historic dots through social and political engagement, I am also an entrepreneur.

From 2003-2017, I successfully built two internet start-ups from the ground up (www.OTA-Berlin.de and www.BerlinCityTours.com). In 2018, my wife and I started our own tour company called www.EssenceofBerlin.com, mainly catering to cruise ship clientele.

In 2019, we began working with Amazon on their new virtual tour platform Amazon Explore. Our company, www.Vexperio.com, brings virtual experiences from around the globe right to your home computer. This project has incredible potential to make the whole world accessible to anyone with a computer, meaning even people who are unable to travel finally have an equal opportunity to experience foreign people, places, and cultures. Due to the pandemic, we understand now more than ever the need to remain connected. Hopefully this will help us not only achieve that goal, but also usher in a new wave of sustainable tourism.

About me: I am a first generation American, born in Brooklyn to a German mother and Peruvian father, who both became naturalized American citizens a few years before I was born. We lived in NYC until 1980, when we moved to Darien, Connecticut, where I graduated high school. It was there I joined a volunteer ambulance service called Post 53, which is entirely run by high school students. After 2 years working as an Emergency Medical Technician, I went on to study nursing in 1992 at Boston College.

I continued my higher education, changing majors and schools, going from Boston to the University of Tampa, and on to the University of South Carolina where I ended up majoring in education 1996. After university I moved back to Boston where I worked at Starbucks for two years before arriving in Berlin in 1998 to study at the Goethe Institute. The first 6 months opened my eyes to a whole new world to which I was previously entirely ignorant.

Thankfully, I had the good fortune of meeting the legendary historian Terry Brewer in 1999 and a couple years later began working with him giving 8 to 10-hour walking tours of the new capital. It was my fascination with my German roots that brought me here but it is the unique role Berlin has played and has yet to play which has kept me here for so many years. My passion for the city and my job is contagious and over the years I have trained many guides still touring the streets today.

My father is originally from Lima, Peru, and in 2015 I traveled to Peru for the first time and met my indigenous family. This experience convinced me to create a non-profit called Indigenous Revival in 2017 with the perhaps naively optimistic hopes of assisting the indigenous inhabitants of the Peruvian Amazon through the sale of fair trade cacao.

I am also a hobby musician and since 2012 I play trombone in a 17-piece concert ensemble called the Bolschewistische Kurkapelle Schwarz-Rot. The band was first established in 1986 in East Berlin and has since become a cultural and political symbol of the city and its complicated past.