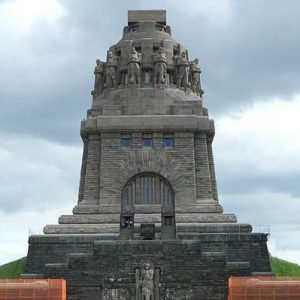 Many have been claiming that Leipzig is the new Berlin. Leipzig is one of the coolest, hippest places on the planet, but not so cool as to be pretentious. With its links to Bach, Schubert, Mendelssohn, Martin Luther, Goethe, Schiller, and the progressive Neue-Leipziger-Schule art movement, Leipzig is a great center of German culture. Leipzig boasts impressive art nouveau architecture, an meticulously clean city center, meandering narrow alleys, and the temptations of coffee and cake on every corner. In Faust, Goethe describes Leipzig as “a little Paris”; in reality it’s more reminiscent of Vienna, while remaining a distinctly energetic Saxon town. Nevertheless, Goethe was wrong: Leipzig is much more fun than Paris.

Much of Leipzig’s city center was destroyed during the war, but reconstruction efforts have uncovered one of Europe’s most vibrant cities. Leipzig’s art nouveau flair is best discovered by exploring the countless alleys, covered courtyards, and passageways.

Leipzig’s musical heritage is dominated Johann Sebastian Bach (1685–1750), who was organist and choir director at Leipzig’s Thomaskirche, and the 19th-century composer Richard Wagner, who was born in the city in 1813. Today’s Leipzig offers unparralled music, theater, and opera, not to mention fantastic nightlife.

With a population of about 500,000, Leipzig is the second-largest city in eastern Germany (after Berlin) and has long been a center of printing and bookselling. Astride major trade routes, it was an important market town in the Middle Ages, and it continues to be a trading center, thanks to the Leipziger Messe (trade and fair shows) throughout the year that bring together buyers from East and West.

Unfortunately, Leipzig has a tendency to underwhelm first-time visitors. If you take Leipzig slow with a great guide, its subtle, hidden charms will surprise you.

While each guide does each tour differently, there are standard sites that are generally always included in a visit to Leipzig. The itinerary can always be changed based on your own preferences, so please always discuss these things prior to your tour with your guide. The order in which the sites are shown are also always different based on the starting point which you have agreed upon with your guide.

On a standard Leipzg tour, you can expect to see the following: